We are all familiar with the devastating impact of endemic malaria. About 4-6 lakh people die of this killer disease every year around the world, the largest number in sub-Saharan Africa.

Children are the most vulnerable of all population groups. For the last almost 30 years, a very simple solution – the use of insecticide-treated mosquito nets has been shown to have a remarkable impact on childhood deaths due to malaria in sub-Saharan Africa. Their use has been heavily promoted, including my philanthropists such as Bill Gates.

It has not been clear whether the survival benefits persist in adult life. It has also been suggested that failure to be exposed to the malaria parasite early in life could reduce the development of immunity thereby increasing the risk of catching the disease and dying of it later in life.

In an interesting long-term follow-up study reported from Tanzania in this week’s issue of the New England Journal of Medicine, evidence has been presented that sleeping under mosquito nets early in life (before the age of four years) is associated with an increased likelihood of survival to adulthood.

The authors followed almost 6700 children, collected data on their bed net use patterns early in life, and then went back to the same population 15 years later. The results are reassuring. Children who used nets at least 50% of the time during the early life visits showed a 43% lower risk of death compared to those in whom the net use was less than 50%. 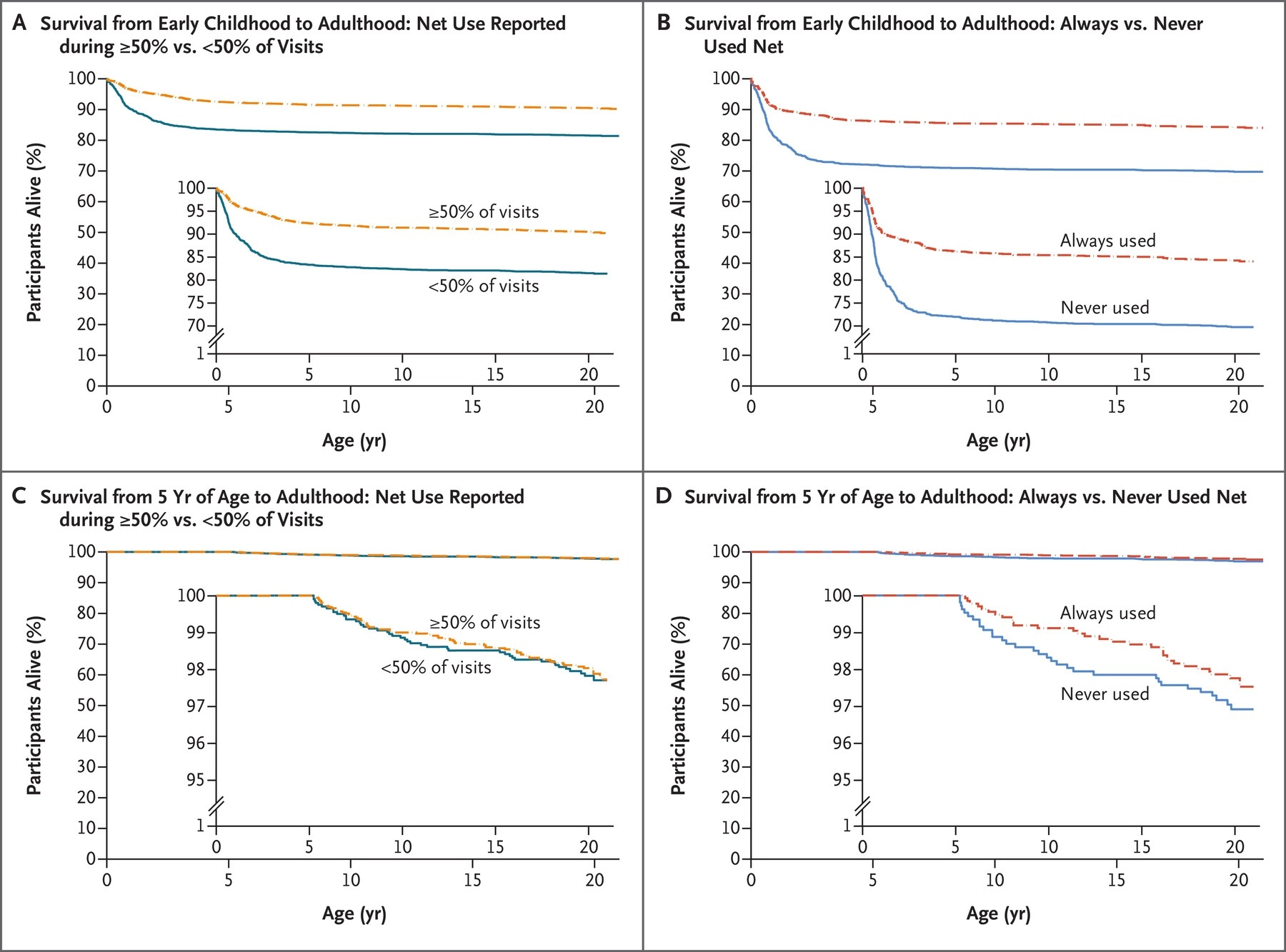 When they conducted the analysis at the village level, they found that  for every 10% increase in the ownership of mosquito nets, the death risk came down by 9%. Interestingly, early life net use was also shown to have a 7% lower hazard ratio for death between five years of age and adulthood. This benefit was even more pronounced in those who always used a net compared to those who never used one. 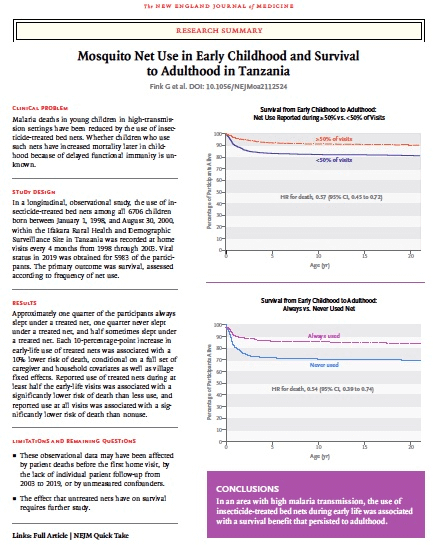